Before you go out a buy a leaf blower, you probably should brush up on the local laws and regulations regarding the use of leaf blowers. As crazy as it may sound, many cities and communities strictly regulate the use of them. In some cities, leaf blowers are banned from use completely. Some of the fines can be up to $100 for the unauthorized use of a leaf blower.

Where are Leaf Blowers Banned? 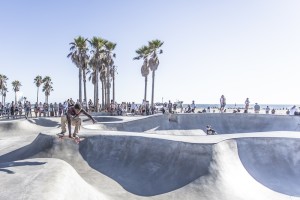 California has come down pretty hard on leaf blowers over the years. The laws are different in each city, so if you live there, you will need to check with the city clerk’s office to learn the law.

Some cities have banned leaf blowers completely, but the majority of them just ban gas-powered leaf blowers and also put restrictions on the time of day that they can be used.

California is by far the state with the largest number of cities with strict leaf blower regulations, but states like New York, Illinois, Colorado and Florida also have some laws in place. Regardless of where you live, you should check with your city to ensure you aren’t breaking the law when using your leaf blower.

One of the main reasons why leaf blowers are restricted is because they are too loud. This is especially true for gas-powered blowers. It causes an annoyance for people who may be doing work at home or just enjoy being outside in their own yard. People have complained about the noise, so the government had to step in and do something.

Some cities have put restrictions on the amount of decibels that leaf blowers can put out at any time. Many gas-powered blowers measure at around 75 decibels from a distance of 50-feet away. However, some restrictions set the maximum decibel level at 60, which caused people to have to get rid of their gas blowers and switch to electric.

Electric blowers are still noisy, but not nearly as much as gas. Most cities allow electric blowers to be used, but just regulate the time of day they can be operated.

Gas-powered leaf blowers also pollute the air. A study from the Lung Association reported that the fumes from a single leaf blower are equivalent to more than a dozen cars, in terms of air pollution. Frequent use of gas blowers, especially when you live very close to your neighbors, can be toxic.

Since cities are beginning to crack down on the use of gas-powered blowers, we could be headed to even stricter laws in the future. Government agencies are encouraging people to trade their gas-powered blowers for electric ones, or to find other ways to get work done without a blower.

As studies continue to happen, we could see more damaging effects to people as a result of gas-powered leaf blowers. If that happens, expect many more bans throughout the country on leaf blowers. Residential use may be banned completely, but commercial use may still be acceptable.

Alternatives for gas leaf blowers include electric blowers, handheld rakes and brooms, electric mulchers, electric lawn mowers and yard sweepers. The common theme in these alternatives is that they don’t require gasoline; hence, they won’t be as noisy or cause air pollution.

Leaf blowers are only banned in a very small percentage of cities across the United States, but that number could be growing in the future. Even if leaf blowers are not banned in your city, consider being environmentally friendly and switch to an electric blower or use handheld tools when you can. Your neighbors will appreciate it and your long-term health will be better because of it. 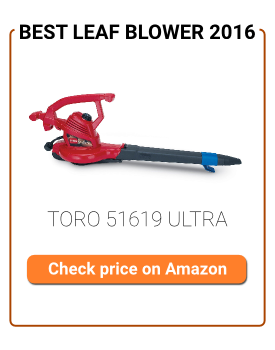